THE LATVIAN MASKING TRADITION: THIS IS WHEN, WHY AND HOW YOU DO IT

Many centuries ago, the dark and gloomy time after the harvesting was when the exciting masking could begin. This ancient Latvian tradition uncovers a world of strange tales, adorable characters and overflowing energy — and has still much to say about the nature of life and our urge to celebrate.

Thank you to Dr. biol., Mag. phil. Aida Rancane for leading us into this fascinating world. Being one of the most prominent connoisseurs of Latvian traditional culture, the researcher has dived deeply into the masking phenomenon both academically and practically. 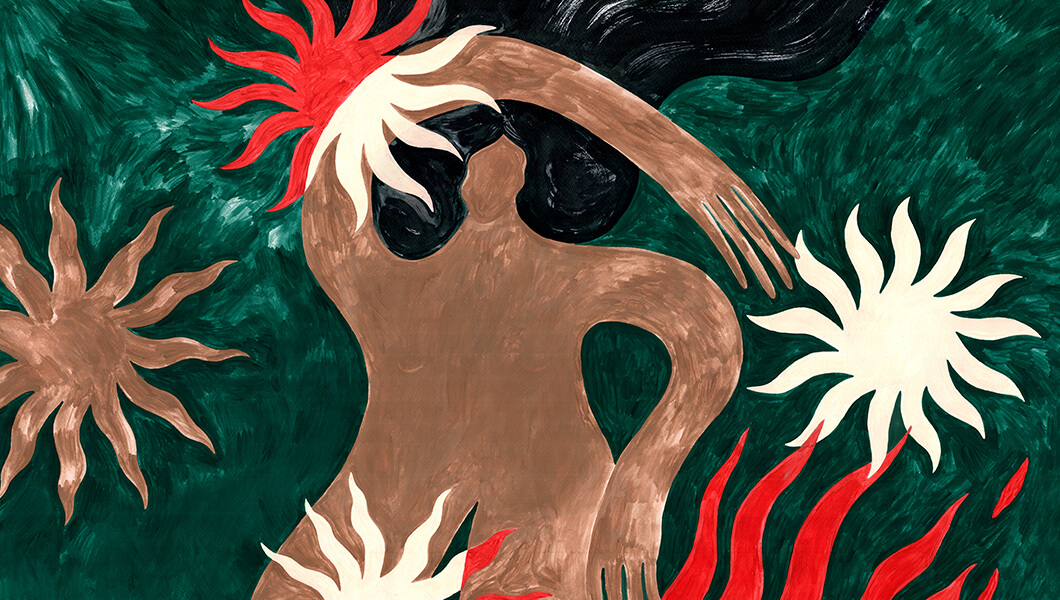 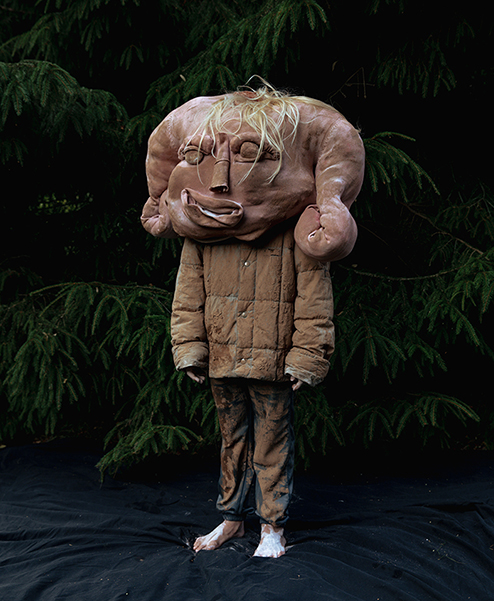 Masking was one of the best-known Latvian traditions, practiced from late Autumn to early Spring, with the most intense activities occurring around the winter solstice. The masks were made from natural materials, old cloths and things that no longer served everyday needs.

People walked from home to home, singing, dancing, playing games and performing little sketches, all to attract abundance and fertility, and scare away the evil.

Here are five things to love about this tradition, and three masks you can easily make by yourself.

Unlike in many other cultures, where masking has traditionally been the privilege of men, here women also participated in these rituals.

Quite often the roles were reversed — females turned into male characters and vice versa to borrow the magical qualities of the opposite sex. It was also a symbolic return to the pre-world, which was not yet split into dualities.

“It was also a symbolic return to the pre-world, which was not yet split into dualities.” 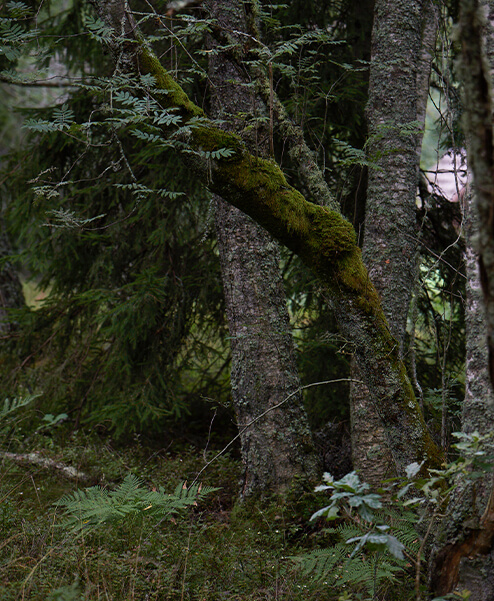 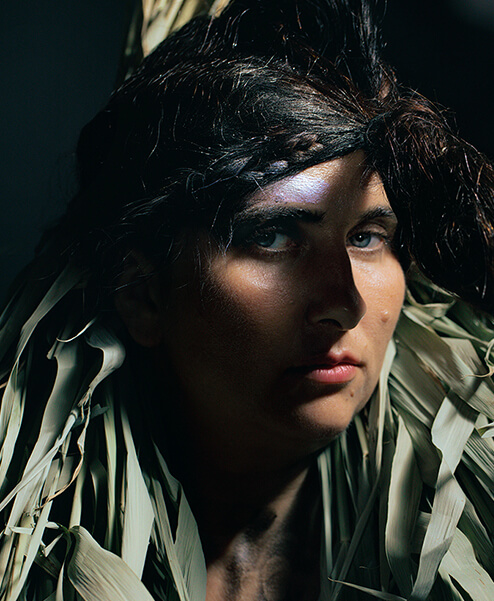 The masks were made from natural raw materials, such as fabric, linen, tows, tree bark and wood. Things that were old and worn were especially useful — as they already belonged to a different world.

3. Vibing with the nature

These ancient festivities emerge from a sense of cyclicality and the ever-present struggle between light and darkness in both humans and nature. It was a way of overcoming fear, reconciling contradictions and seeing a new beginning with every ending. 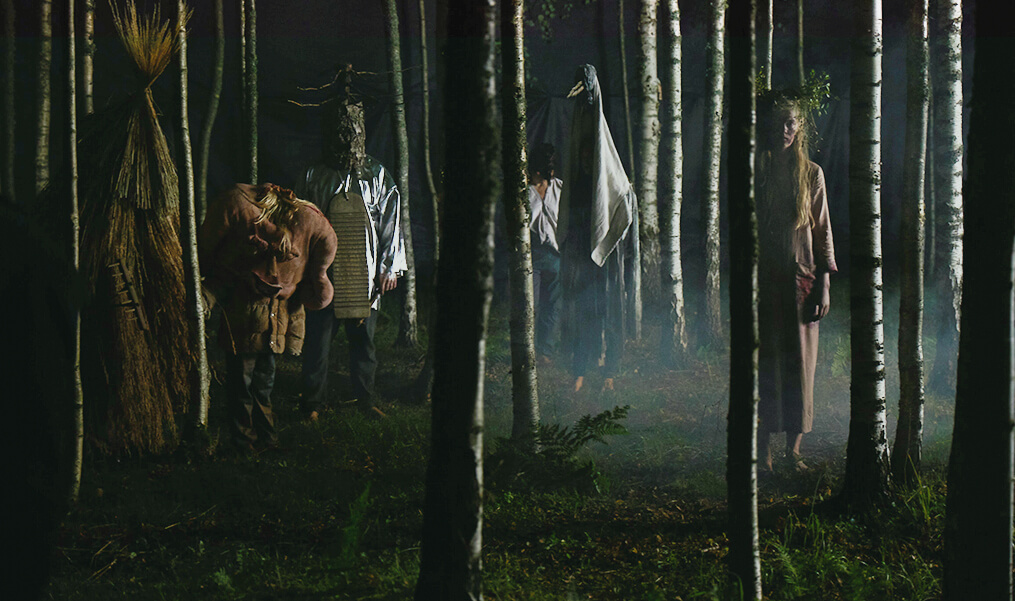 Festivities often mean giving in to what’s bubbling deep inside you — symbolically returning to a state of chaos that existed before the world was created. Masking allowed people to step outside their everyday roles, loosening boundaries and norms of behavior.

“There’s sexuality and erotica in the air, as many of the attributes are symbols of fertility. There’s laughter. And there are deeds that manifest the nature of life itself.”

Masking gives a chance to see yourself, others and the world in a new light. “These rituals speak a different language,” says Aida Rancane, “they go beyond the usual level of consciousness”. After you have unleashed the primordial powers, recognized and left behind the unnecessary, you are ready for a new beginning — be it a new year, new season or new chapter in your life. 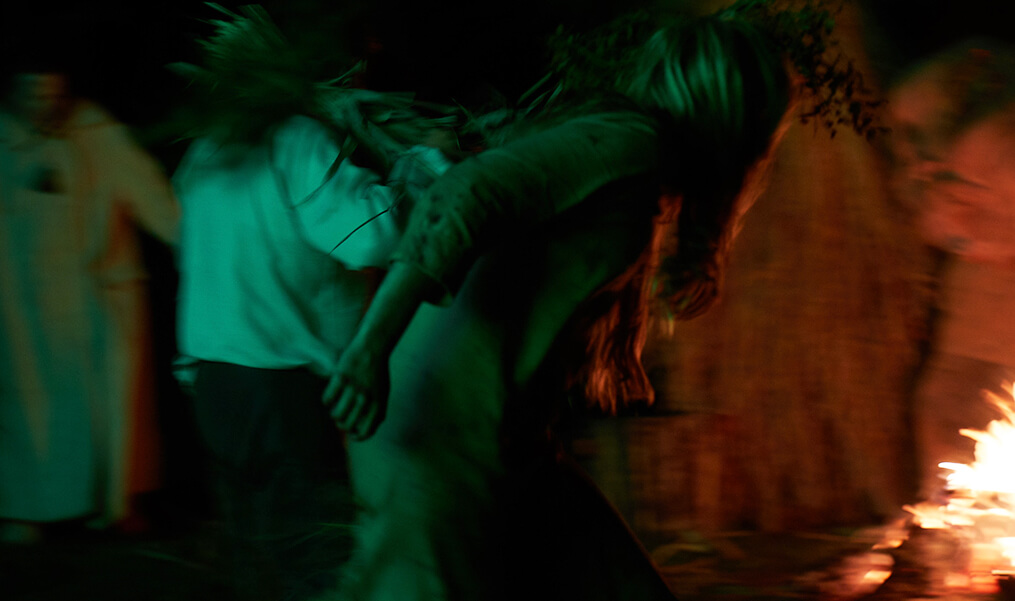 How to make your own mask

There were masks of four kinds — human and animal figures, objects and mythological characters. It was important to go unrecognized, so not only one’s appearance, but also voice had to be disguised. 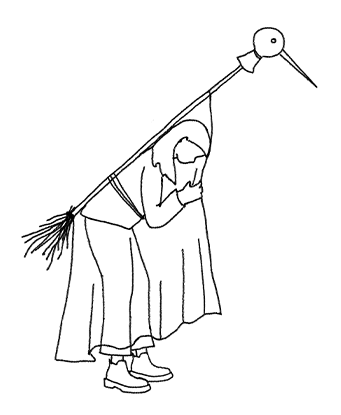 The character of the crane came to peck young girls with its beak to ensure fertility in the coming year.

1. Take a rod or a broomstick, and tie it to your back.

2. Drape a scarf or a blanket over the top.

3. Tie a broom-tail at the bottom of the rod.

4. On the top, attach the crane’s head — a bag stuffed with hay. Draw eyes on the sides of the bag with charcoal and attach the beak, made of cardboard or wooden boards. 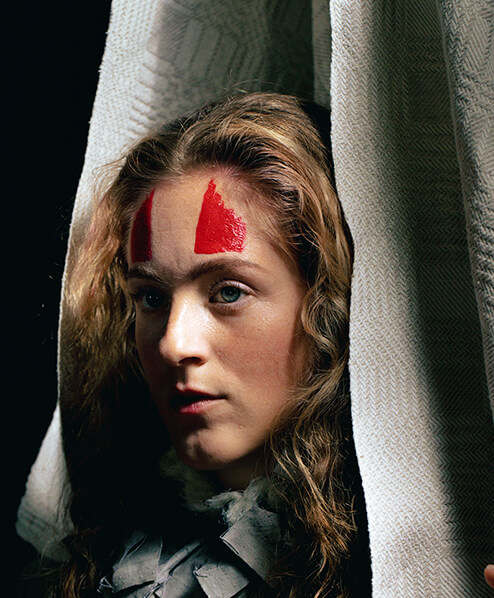 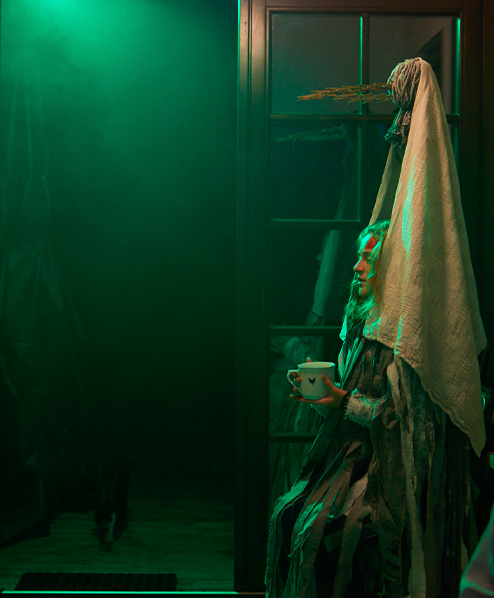 The Crane. Mask by Evelina Deicmane. Photo by Julija Prohorenkova 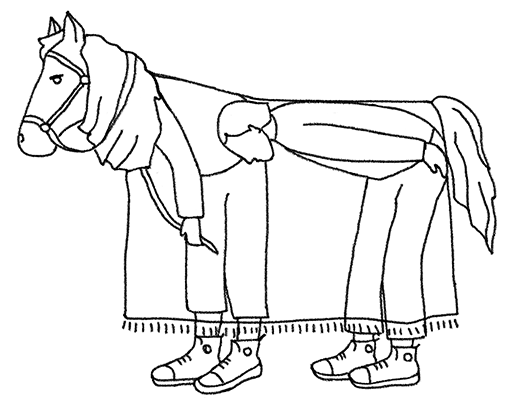 Just like the crane, the horse is also part of the mask group of animal figures. These mythical animals belong to the other world, serving as mediators to help humans achieve fertility and regeneration.

The horse was traditionally created by two guys or girls, one behind the other.

1. Attach a tail made of tows to the back.

2. The person at the front holds a rod with a horse’s head made of wood or fabric (such as old trousers) attached.

3. The eyes, ears and mane are sewn onto the head.

4. Drape a blanket on the horse’s back. 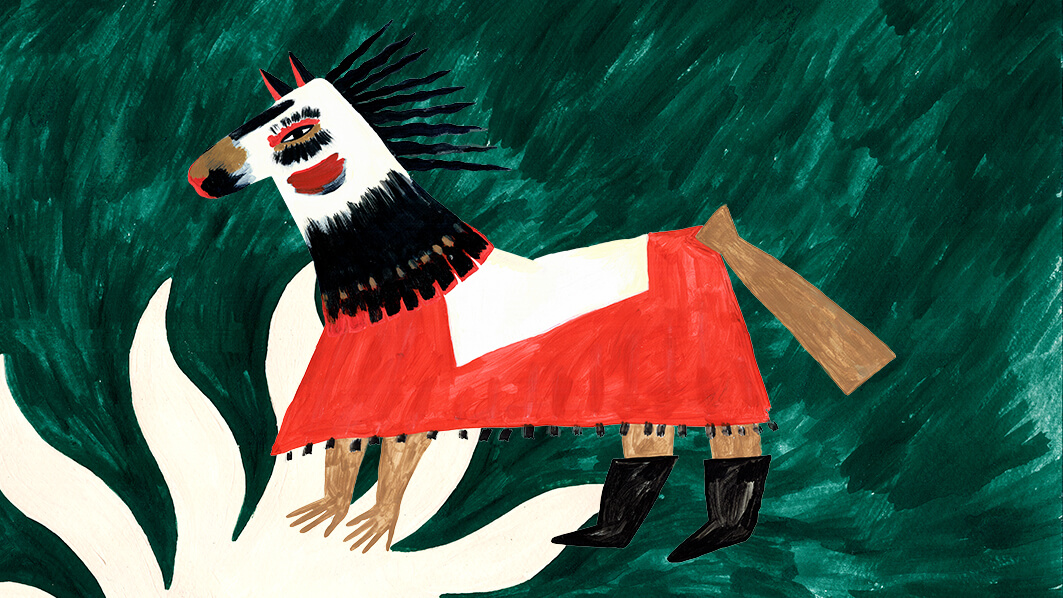 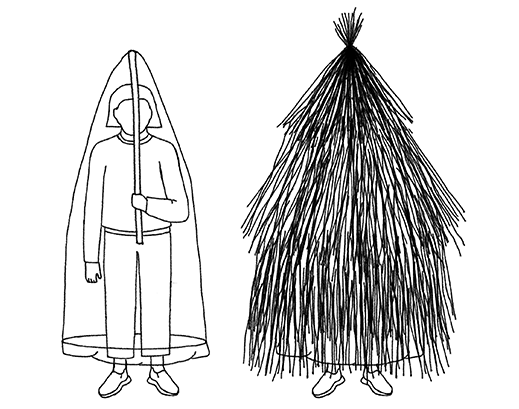 The heystack belongs to the mask group of objects, and is a symbol of harvest and fertility. Some think that the winter solstice masks might have stood for different constellations.

1. Take a large scarf or cloth, attach its top part to one end of a long stick.

2. Attach the bottom of the cloth to a round hoop.

3. Cover or sew everything with hay bales. 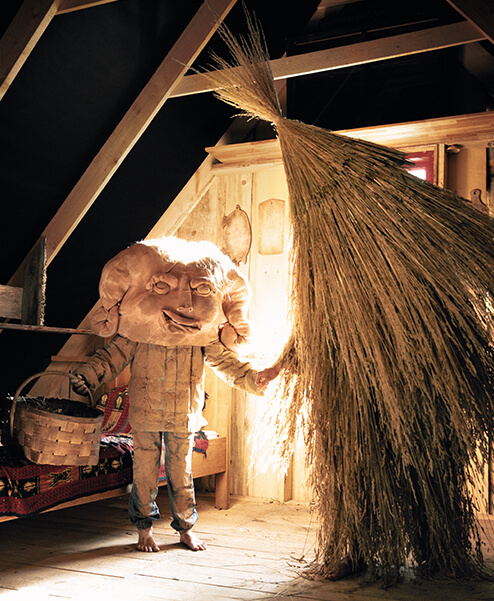 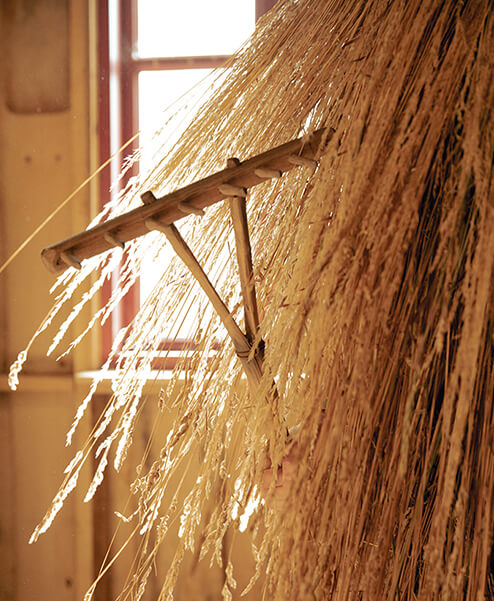 The Wolf and the Goat

The Wolf came out of darkness to meet the Goat, which stood for light. In many solstice games they play groom and bride, and their dancing is an act of fertility.

“The feminine was traditionally associated with darkness, while the masculine — with light.”

Wearing a particular mask allowed emphasizing your personal characteristics or appropriating the ones you lacked, especially in the case of initiation rituals. 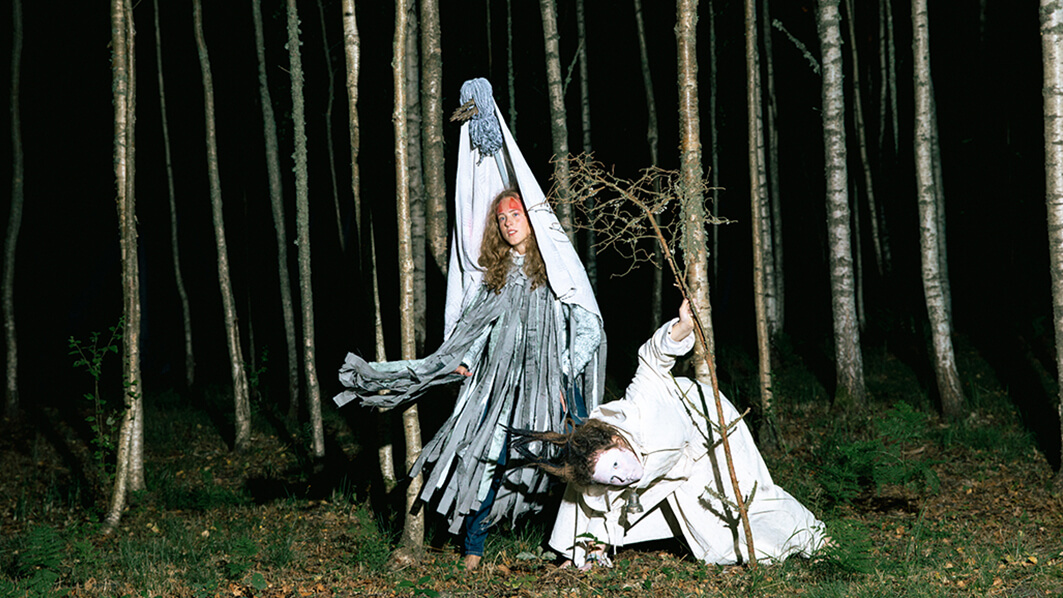 The Crane and The Goat. Masks by Evelina Deicmane. Photo by Julija Prohorenkova

Discover 7 MÁDARA skincare and makeup bestsellers, dressed beyond recognition to bring the bold, imaginative spirit of tradition into the context of contemporary living. 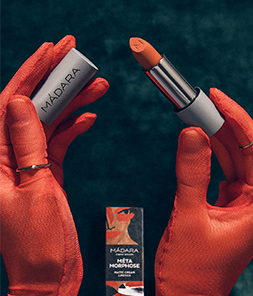 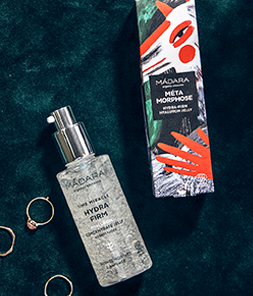 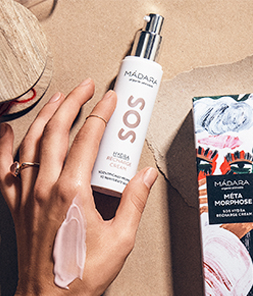 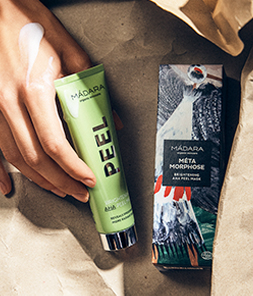 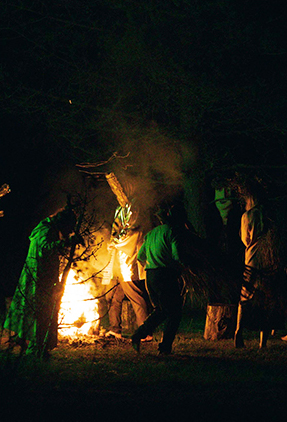 ARTIST KATRINA NEIBURGA: YOU CAN CREATE YOUR OWN REALITY 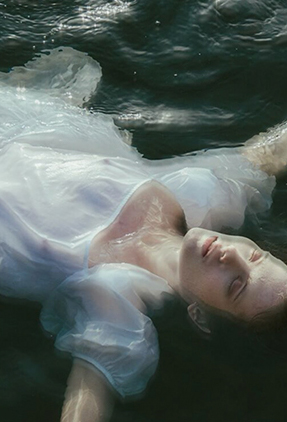 THE MIDSUMMER GUIDE TO SEX AND BEYOND 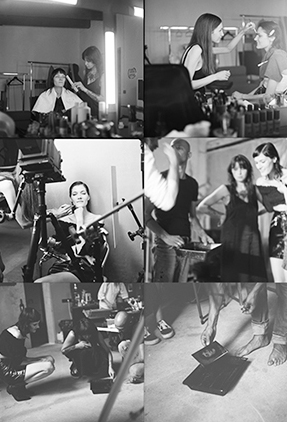 BEHIND THE SCENES OF THE DEEP MATTER CAMPAIGN

Cookies are small text files, which are embedded in on your computer’s hard drive through your browser. They are often used as a mechanism for websites to memorize useful information, such as your login information, and to facilitate convenience of surfing through the website. Our cookies cannot identify you personally.

The cookies are processed and received by us and our business partners who ensure operation of the Website, compile and analyse your activities on the Website. Cookie information is not transferred outside the European Union and EEA.

If you wish to restrict, block or erase the cookies, such option is ensured upon changing settings of the browser you use. You cannot opt-out of use of the essential and functional cookies, because without them it is not possible to ensure the functionality of the Website. You cannot opt-out of use of the analytical cookies either because they are necessary for us to improve the performance of the Website.

For further information about cookies and inquiries as to how to manage them please read here www.aboutcookies.org.

By agreeing to receive commercial notices, you confirm that you are informed that:

1. AS Madara Cosmetics processes your personal data, which you have entered in the registration form, including your geographical location and purchase history for the purpose of offering you the most suitable services and products;

2. In order to send commercial notices various types of profiling is performed, taking into account the information you have provided for the purpose to establish what kind of a commercial notice would be most suitable for you;

3. Your personal data will be processed by us and our business partners, who provide IT structures, email and SMS platforms;

4. You have a right to make rectifications of the entered personal data or revoke your consent to receive the commercial notices at any time;

5. AS Madara Cosmetics will cease sending commercial notices as soon as your request is processed (please note that processing of the request depends on technological capacities to act on your request, which may take up to five days);

6. Your personal data will be processed until you revoke your consent, or, in certain cases, until the necessity to retain evidence of the received consent expires.

Upon registering you confirm that you are informed that:

1. The data you provide will be processed for the following purposes:
1.1. to create and maintain your account in order to conclude a Distance agreement with AS Madara Cosmetics and obtain other related services, including notifications related to the performance of the Distance agreement;
1.2. to compile and retain your purchase history, inter alia, in order to improve the services and products we provide;
1.3. to retain evidence of the concluded Distance agreement;

2. Your personal data will be processed by us and our business partners, who provide delivery services, IT structures, and payment platforms;

3. You have a right to make rectifications to the entered personal data or request deletion of your account at any time;

4. Your personal data will be processed until you delete your account, or the storage period set out by the laws expires, or statute of limitations for bringing an action in court lapses;

5. Failing to provide all information specified in the registration form will prevent you from creating the account and concluding the Distance agreement through it.

Upon registration, you confirm that the entered personal data is true and accurate.